My Attractiveness Only Affects Divine Beasts 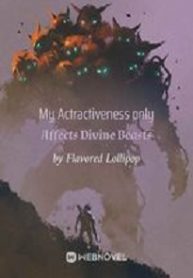 My Attractiveness Only Affects Divine Beasts Average 2.8 / 5 out of 10

My Attractiveness Only Affects Divine Beasts

“Mike woke up as a Beastmaster in a world where danger lurked in every corner.
The world was being invaded by monsters from another realm, and the citizens were forced to fight for their own safety.

Just as Mike wondered if he could survive in such a dangerous place, he received a system based on his attractiveness.

Days went by as such until one day when a rare divine beast swift passed him and stopped in front of him willingly.
“Ding! Congratulations. You’ve tamed the legendary divine beast Green-Eyed White Dragon!”

Mike stared dumbfoundedly at the huge dragon in front of him.
Just like that, Mike tamed his first divine beast.