My Summons Are All Gods 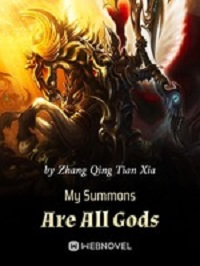 My Summons Are All Gods

You’re reading Novel “My Summons Are All Gods” on VIPNOVEL.COM

Jerry traversed across worlds and arrived in a Beast Summoning era. In this world, everyone could summon their own pets. Darkness was looming, and the world was in turmoil. Relying on the power of their summons, many shrines plundered the resources at every corner of the world like tyrants. But when everyone else was summoning adorable pets that could help them in battle, Jerry discovered that his summoned pets were a little different. Other people’s pets are all kinds of beasts, but Jerry summoned gods from Greek mythology! King of the Gods, Zeus, “Master! I, Zeus, is at your command!” Athena, “I will fulfil all your requests, master!” Poseidon, “I will conquer this sea in the name of the master!” In constant summons, step after step, Jerry became the supreme ruler of this world!