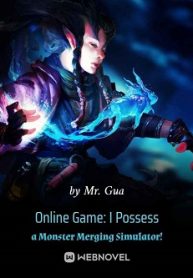 Online Game: I Possess a Monster Merging Simulator! Average 3.9 / 5 out of 12

In the Year 2030, the ground-breaking online game “Divine Realm” shook the whole world. Its system of allowing players to exchange in-game currency into real-life money attracted everyone’s attention.
Lorne was also a player of “Divine Realm,” but he had a unique talent—the Monster Merging Simulator.
It allowed him to merge a “prototype material” and “body parts” to create a new monster and tame it.
[Slime] + [Poison] = Poisonous Slime (Elite)!
[Brown Bear] + [Granite x5] = Rock Bear (Bronze)!
[Spider] + [Baphomet’s Skull] = King of Bone Spiders (Boss)!
[Leader of the Minotaurs] + [Lava’s Core] + [Fire Elemental Inheritance Crown] = Lord of Flames (Silver Boss)!
With that, just as other players were trying their best to level up, Lorne and his powerful pets began their expedition to the Dark Abyss that was shrouded in darkness…