Practicing Basic Sorcery for Billions of Times Made Me Invincible 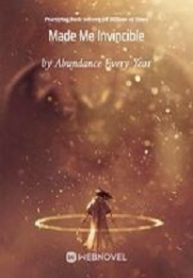 Practicing Basic Sorcery for Billions of Times Made Me Invincible

“Ryan was transported to a world of swords and magic, and he discovered that he was contracted with a system that made him stronger as long as he continued to practice basic magic!

When everyone else was learning all sorts of fancy magic, Ryan was keeping a low profile practicing foundational magic!

“Ding! Congratulations to master for completing one million times of blade-drawing. You obtained [Domain of the Laws of Magic, Saint Mage Rank]!”