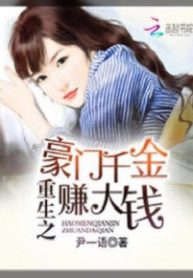 You’re reading Novel “The daughter of a wealthy family who had been reborn earned a lot of money”on VIPNOVEL.COM

Her wedding had also become her funeral.
Her stepsister and her fianc�� had gotten together at some point in time. It turned out that they had been the ones who had done it all along. She had been disfigured, raped, plagiarized, and her father had died in an accident.. All of this.. It turned out that they were the ones who had done it all.
She really regretted trusting the wrong person and misunderstanding the person who loved her… …
After being reborn, she returned to her high school days.
She became a Straight-a student, won a grand prize, fought against the stepsister, confessed to the scumbag, and got lost. Her sister’s lies were all broken. Faced with the shadow of rape, she came to recruit them. The chicken was braised with mushrooms, and a grand party was held. She made a name for herself. She was strong. She opened a shop, bought land, and earned a lot of money to be a boss But in front of him, she was a little woman that he doted on.
“Hei di, madam ran out again. She said she wanted to earn a lot of money to buy milk powder. ”
Blue veins popped up on the man’s forehead. “Here it comes again. Bring her back and open a bank for her. “

Status in COO : N/A Chapters (Completed)
If you find any errors ( broken links, non-standard content, etc.. ), Please let us know so we can fix it as soon as possible. Thanks!

Dear readers. All content and images are not ours. We upload them here for entertainment only, thank you for reading novels online on vipnovel. We will try to update it as soon as possible to send it to readers.
Wish you a happy and comfortable moment