The Mysterious Heiress: Researcher In Disguise 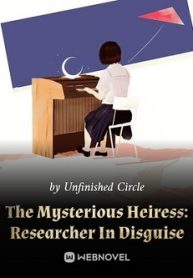 The Mysterious Heiress: Researcher In Disguise

At long last, Fu Zhi, the mysterious heiress who had developed countless technologies was given two guardians by the country! Initially, the Lu Brothers shut her out when she joined the Lu Family. However, after spending some time with her, they began to warm up to her and took turns showing their brotherly love for her by throwing money at her.
Lu Yumo would say, “My sister just came from the countryside, so don’t scare her.”
Lu Yushen would say, “My sister is fragile, so don’t bully her.”
Lu Yubai would say, “My sister is not good at studying, so don’t laugh at her.”
Nevertheless, it soon became clear to them that the little girl from the countryside was not what they had imagined.
One day, a reporter took a photo of a professor carrying her purse and having a meal with her.
The professor said, “She is my teacher, and I’m her student.”
The crowd was surprised. “What?”
Another day, a different reporter snapped a photo of a business magnate serving her tea.
The business magnate said, “She is my boss, and I’m her employee.”
The crowd was shocked. “What?”
On a different day, a group of reporters spotted the biggest esports bigwig stepping down from his throne and helping her get rid of a scumbag.
The bigwig said, “Stop all this harassment and the rumors. She’s my sponsor.”
The netizens asked, “Just how many supporters do you have?